T.I FOR MEN shop in Seoul by RVD

Location: Seoul
Source: rvd company
Made by: InJae Noh, RVD company
Published in: November 09 2017 / Fashion Stores
T.I FOR MEN prepared a new project in 2017. As a project store with trendy lifestyle products added to the existing men’s clothing line, it is differentiated from the previous store. Setting up an imaginary character called ‘TIM’, his space is going to be filled with diverse interesting and characteristic stories under different concepts.

“TIM’s secret treasure house filled with his precious items”
While drawing the space, I continuously thought about what kind of person ‘TIM’ would be, and how the secret space would look like. At the time, I’ve got a considerably interesting idea of referring to Immortan’s prison in a film Mad Max. Immortan’s secret place was described as a cozy and secret space, different from other dry and violent spaces in the movie(There could be different opinions depending on perspectives.). However, it was necessary to change the dark, damp, and negative image in the film into the bright and positive image. 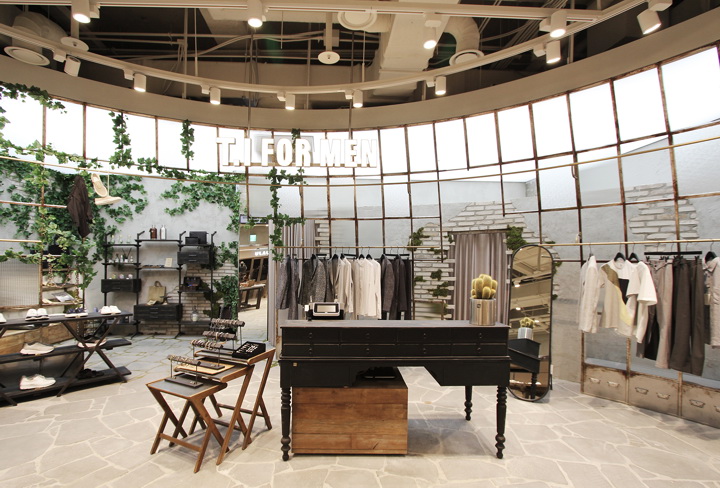 To reveal the concept of space, a contrasting point was created between the inside of modern mall and vintage store. It aimed to express the sensation of secret and separation by conceptually separating the space with the contrast of shabby roughness disparately inserted in the mall of neatly-organized downtown. Contrary to the organized external space, the internal space of a large dome structure that could be viewed as soon as entering the store means the superposition of unrefined natural state and time. The mossy basaltic floor and the rusty dome structure look like standing there for a long time while being exposed to the weather. The concrete column carefully wrapped just like an old precious relic, represents the value of accumulated time in the harmony with interior elements by fully containing the time of COEX Mall for 30 years.

The gardening space outside of the dome structure means a space of natural state. A space similar to the outside with soft sunlight and landscaping for natural atmosphere was reproduced. Owing to the expandability of space filled with comfortable and refreshing feelings, unartificial comfort could be felt.
The biggest task of T.I FOR MEN COEX Starfield Mall Project was to create a space like a bright and refreshing safe. In order to express the natural & bright vintage, I carefully selected the material properties. As a result, the space was decorated with non-rectangular basaltic floor, old bricks, concrete, corroded metal, and gardening.

The dome structure that could look cold and heavy expressed a light and bright feeling by using the unprocessed stainless pipe and patterned glass. A rusty look was applied to the completed metal frame by aging.
For the completion of store, stylish furnitures of ‘C’ company contacted through Home Table Deco Fair in the middle of project were used. The active investment in imported furnitures for the sensitivity of store played an important role to create a luxurious mood differentiated from other stores. 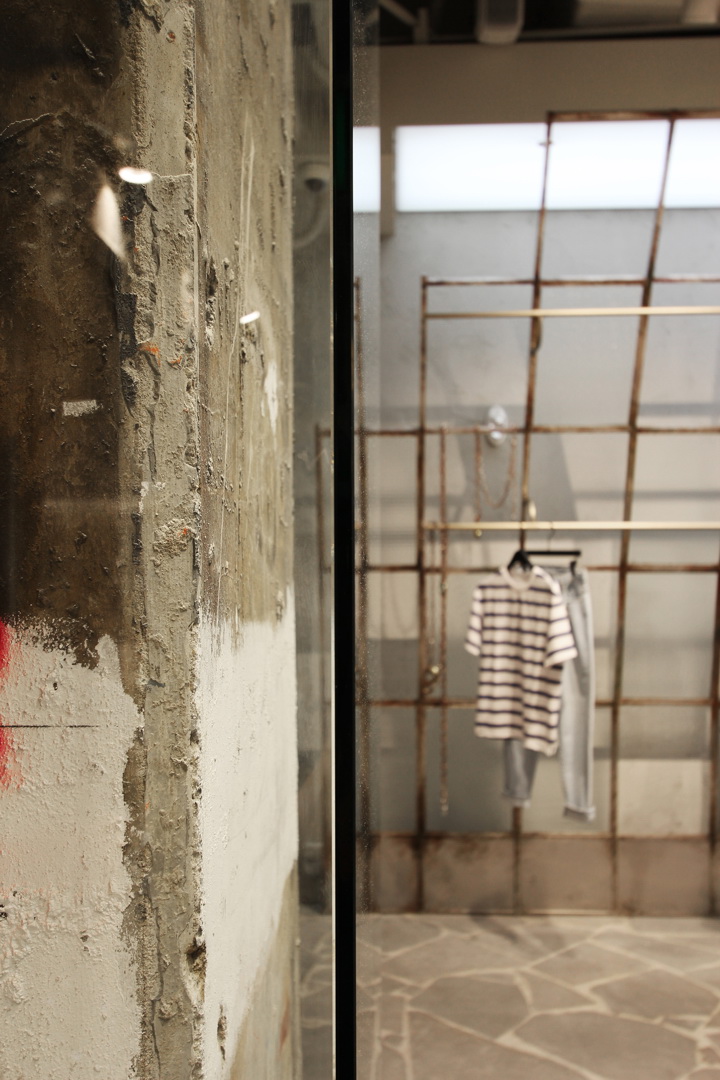 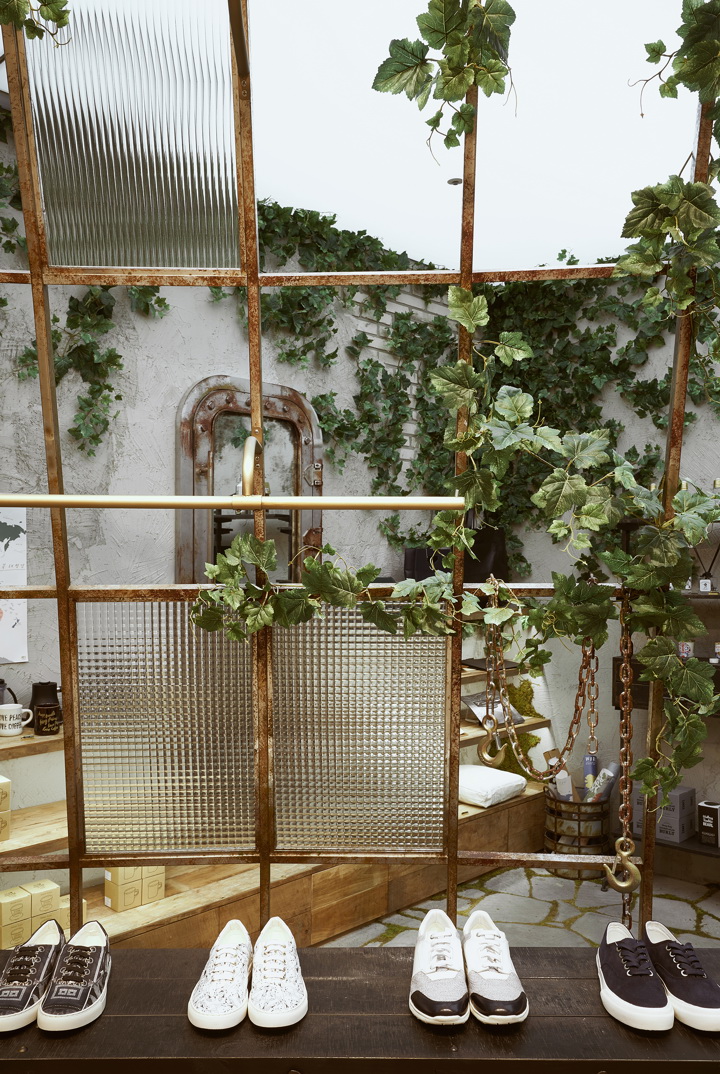 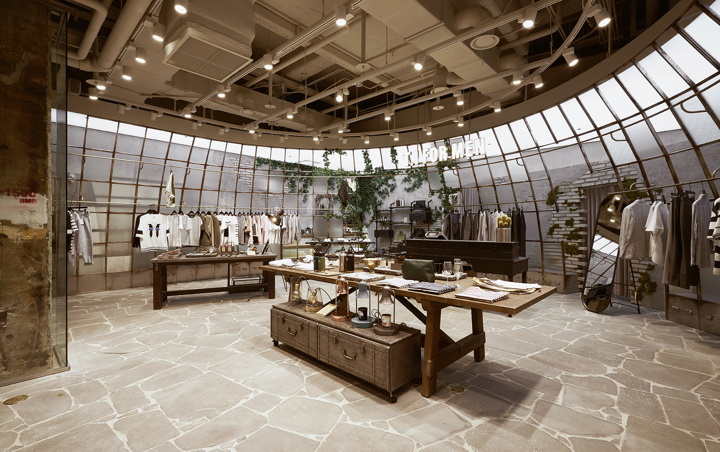 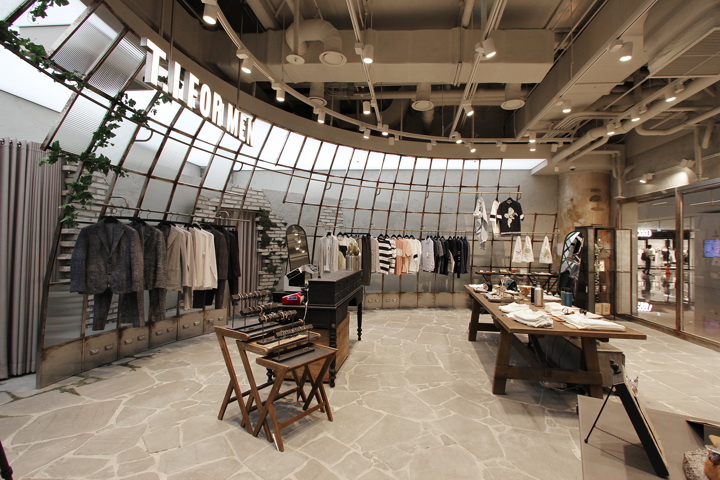 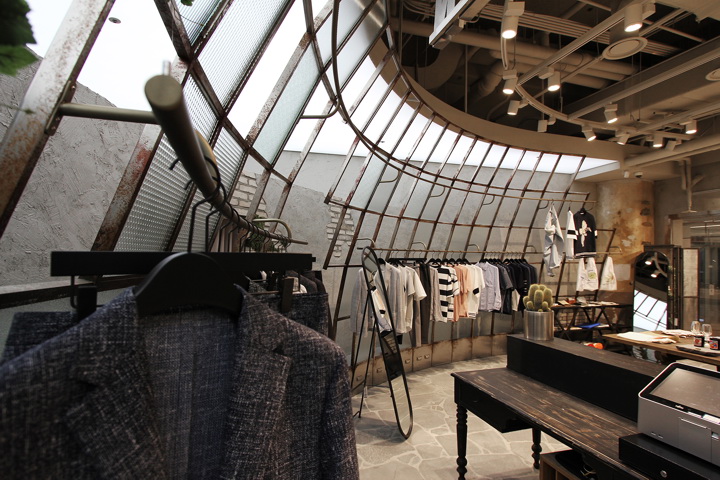 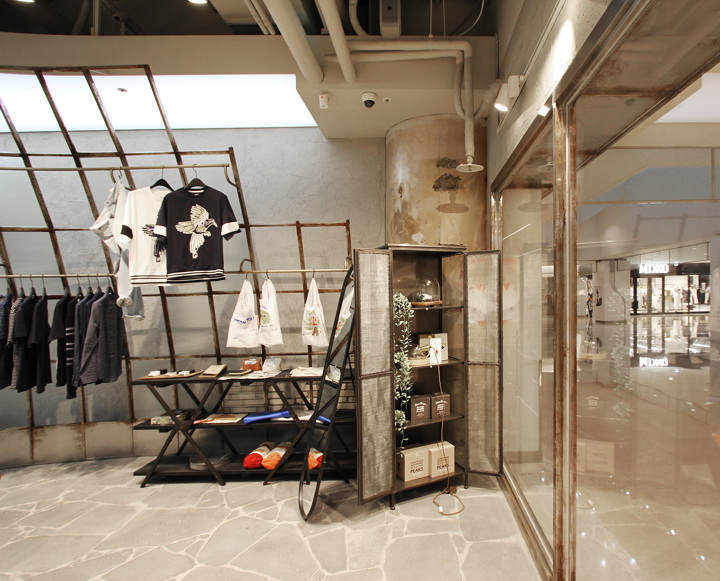 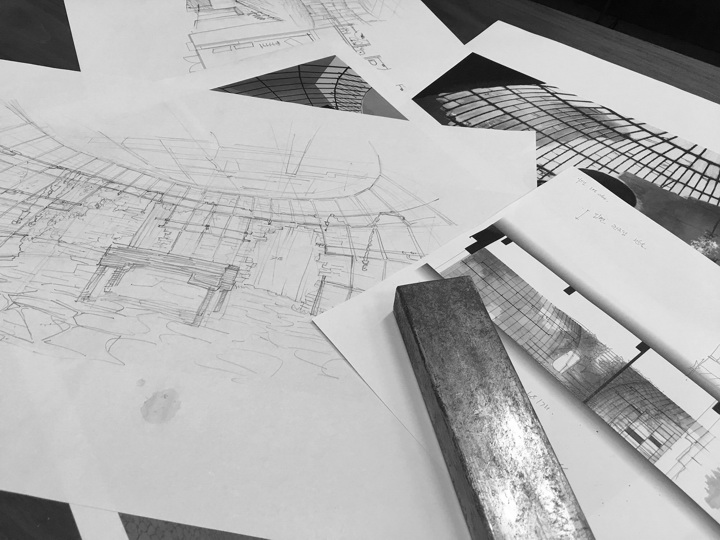 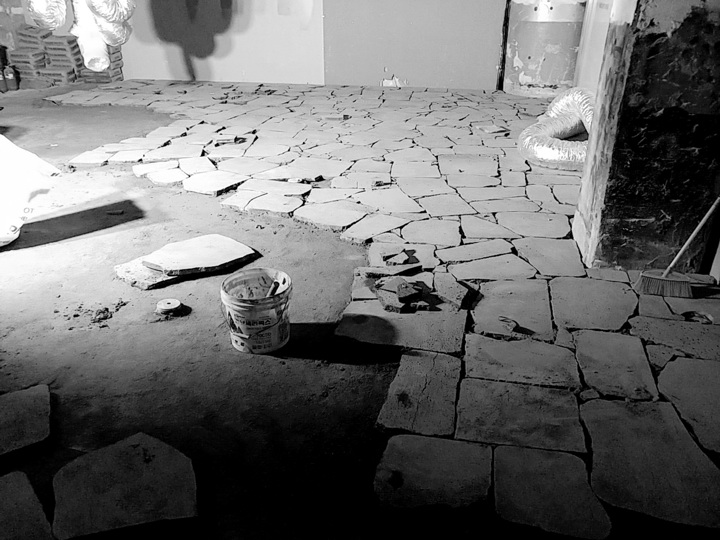