Location: London
Source: thecoolhunter
Made by: -
Published in: January 04 2013 / Jewelry / Watches
British jewelry designer Solange Azagury-Partridgeâ€™s London flagship store is now open on the luxe Bond Street. In her typical fashion, Azagury-Partridge has handled the interior and furnishing design herself.

The store has the same luscious, red-velvet jewelry box feel as her first store that opened in 1995 in Notting Hill (and moved to Westbourne Grove in 2005). The most fantastic feature of the new store is the carpet. It stands out in Azagury-Partridgeâ€™s signature style â€“ it is almost too much, but not quite. It brings a smile to your face, makes you look again. Thatâ€™s the â€œrock-starâ€ quality that everyone mentions about her work.

The first floor of the two-storey boutique offers an impressive meeting of theatrical and whimsical. Absolutely everything has been choreographed and specially made for the space. Downstairs is a private-member-style, discreet enclave of hidden doors, alcoves and padded walls. The ceiling is adorned with 600,000 Swarovski crystals. 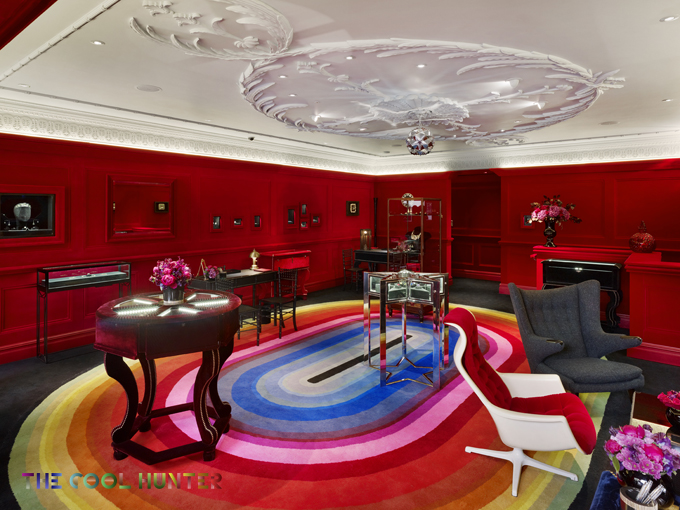 When Azagury-Partridge launched her own jewelry line in 1990, she was completely self-taught. The first piece she had ever designed was her own engagement ring only three years earlier. She has been quoted as saying that â€œThe advantages of being self-taught are that I have no preconceptions or received opinions about the rules of jewellery. Being an outsider is my raison dâ€™Ãªtre.â€ - Tuija Seipell 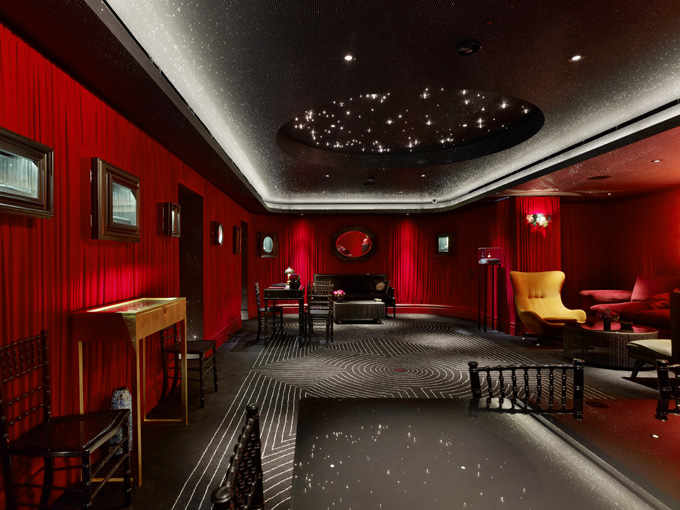 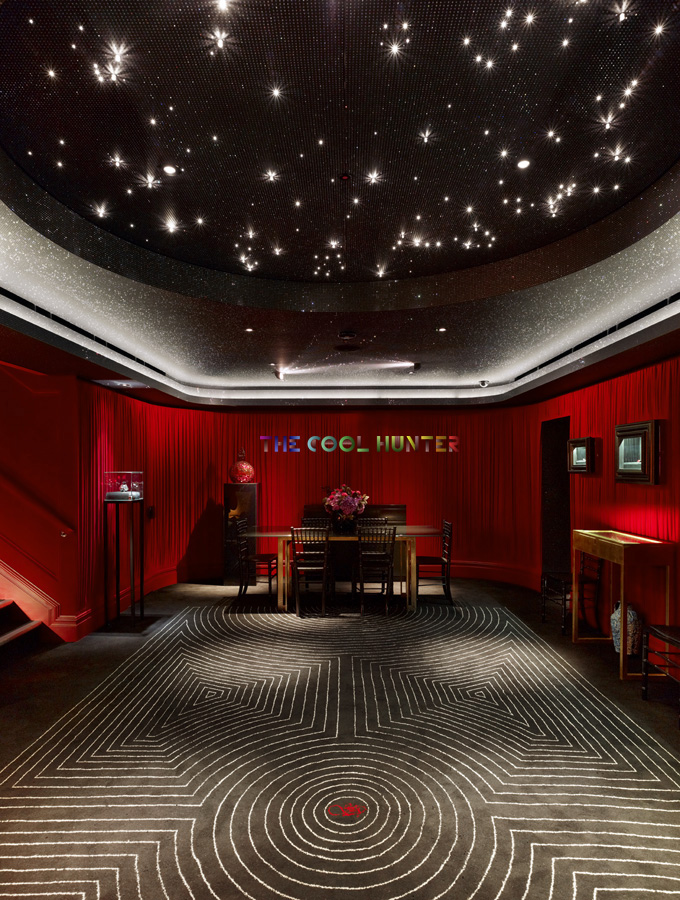 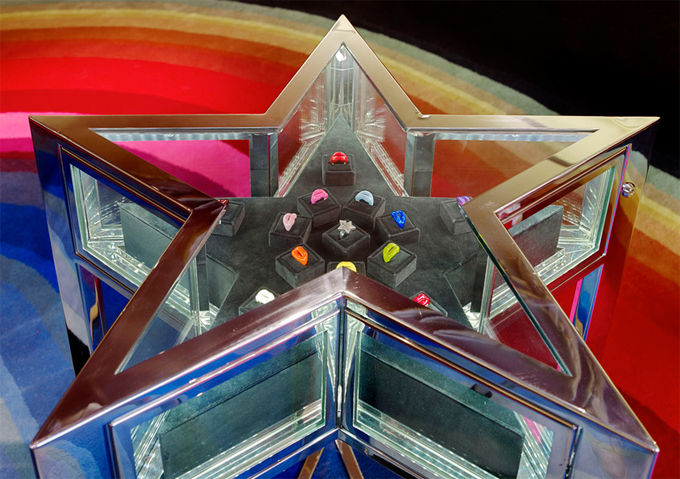