Entirely different from any other café, Q Caffe illustrates an actual story through its decor, about man and his strivings in a hierarchical and limiting society.

Built in collaboration with 6th Sense Interiors and lots of other first grade artists, having steampunk and dark-fantasy influences, Q Caffe’s new design illustrates the social man’s path, presented from different perspectives, and the complexity of the oneiric, fantastic dimension that pushes past reality’s borders, amplifying and even transforming it.
Each visual element has been thought through and worked on to the smallest detail, constructing this fabulous ensemble of metaphors. Thus, step by step, the three rooms became three grand chapters of the “about people” story, which surprises its “readers” through creativity.
The first room is dominated by Icarus’s figure – mythological character who paid the ultimate price in order to reobtain his freedom. Sculpted on the entire front side of the bar, he symbolizes man’s aspiration towards freedom. Above him, the noise of daily life – represented by a multitude of sculpted hands and tongues – that triggers the puppteered man’s balancing game: some dance, others walk, some are having a conflict, but all of them act out of the need of not tipping over, of remaining in a fragile equilibrium. 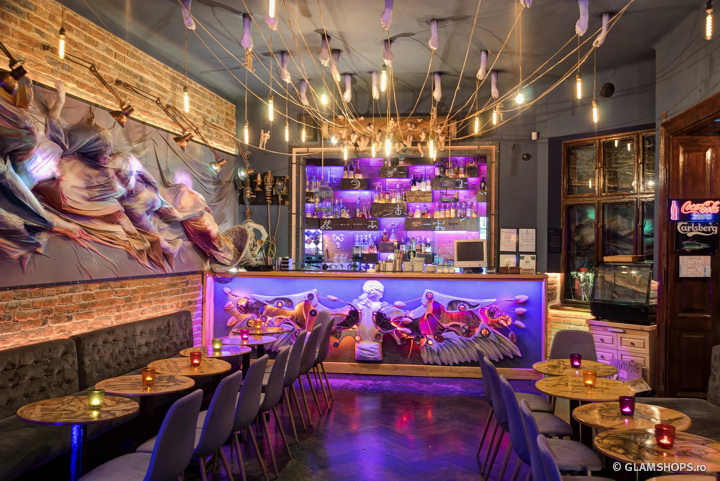 Man’s concern of decrypting life and humanity is also found in the images painted on the café’s tables. Some illustrate excerpts from Dante’s masterpiece, The Divine Comedy, or reconstitutions of Leonardo Da Vinci’s sketches, others are based on scientific and philosophical concepts that marked man’s journey towards attaining absolute knowledge of the world and self.
The transition towards the second chamber is made by the Human Chain, a disturbingly beautiful mural sculpture that symbolizes the loss of individuality and humanity.

Faceless silhouettes that appear to be absorbed by the sometimes void of sense and humanity whirlwind of life. The world’s uproar is everywhere, contrasted everywhere by mankind’s need to escape from the grasp of this tornado that traps story fragments, anxieties, shards of the past and pieces of your soul.
Like in Icarus’s story, there’s an alternative, a hope that maintains the fragile inward equilibrium, illustrated by the hot air balloon in the center of the room. This represents a transcendental means of transportation that carries its passengers towards a better world of liberation, in which one can be himself, away from the systemic and social constraints.
The third room, the third chapter of the story, speaks about man and his transformations. One of the main elements of the decor is the suitcase wall with its scenes that symbolize our immaterial baggage, in which we have deposited perceptions, experiences and ideas about love, art or consumerism. The suitcases expose the dominated individual, burdened – or even subdued - by certain conceptions and aspects of the society he lives in. The contemporary social “baggage” transforms the individual in the irrational, decaying world’s prey, which sets the most tempting traps for him. This image is made whole by the puppeteer’s “inhuman” figure – a metallic, steampunk octopus hanging by the ceiling, whose tentacles are ready to grab you in a fraction of a second and take away your freedom and individuality.
These aspects are also suggested through the four symbolic characters that give life to the Q Caffe universe: the machine man, the man with no scruples, the chaotic man and the praying man. Being archetypes of the contemporary man, they highlight the idea that the individual chooses, consciously or not, through what he does and believes, between being a puppet or being authentic and humane.
The proposed problematic is of the man caught in the trap of his day to day constraints, imposed by society, who tries to escape in order to be himself again and have meaning in life.
We wish to be a part of your journey towards self-knowledge and provide you with a fantastic universe that encourages you to rediscover the essence of life. We invite you to load up with energy and new ideas, savouring life and the moments spend with your loved ones, sipping a hot cup of coffee. Who knows, maybe our story is actually your story as well.
Imagine a place that inspires you to be yourself, to escape from day to day routine and allow your mind to travel freely to a better world – a place of your own, about you. If, while going through your journey, your steps happen to take you to

Q Caffe, on Petru Maior street nr.13 in Cluj-Napoca, you will see that such a place really exists. 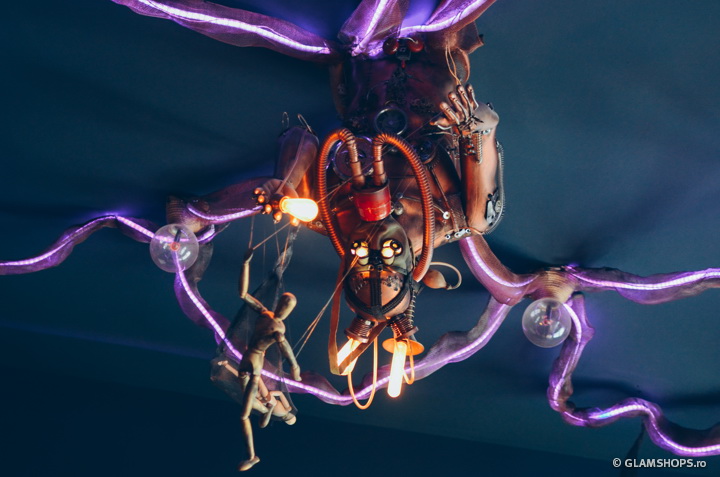 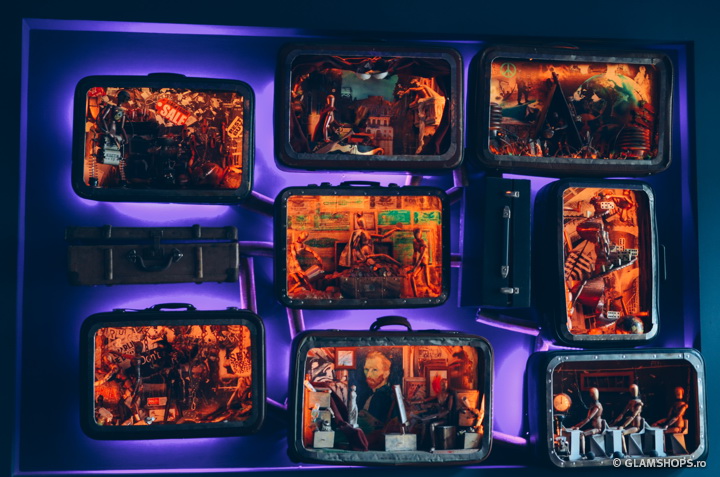 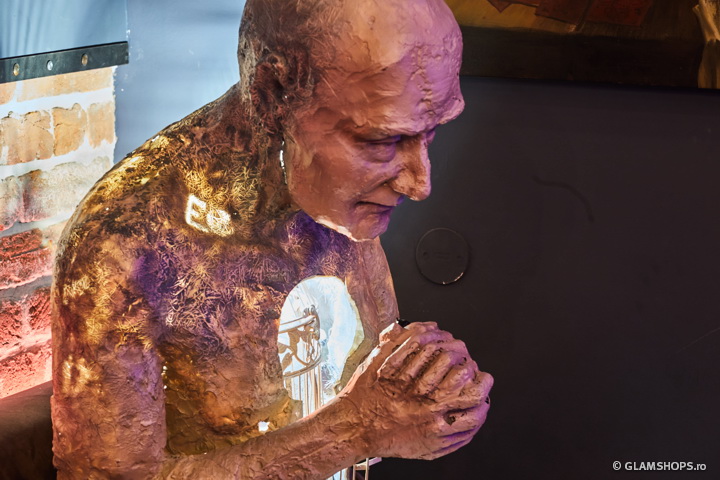 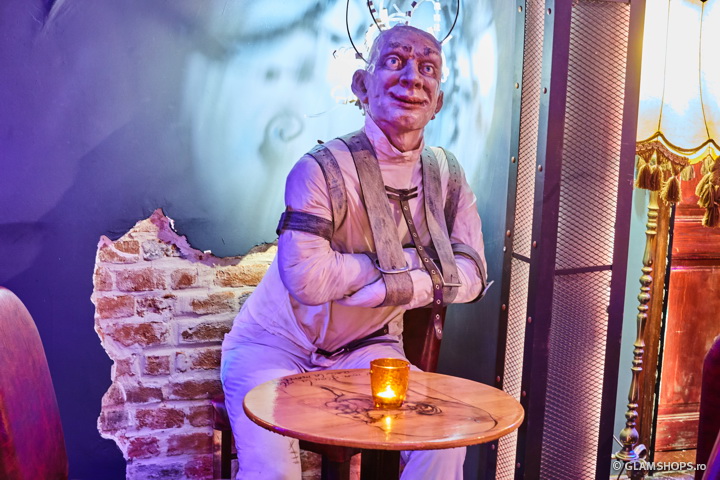 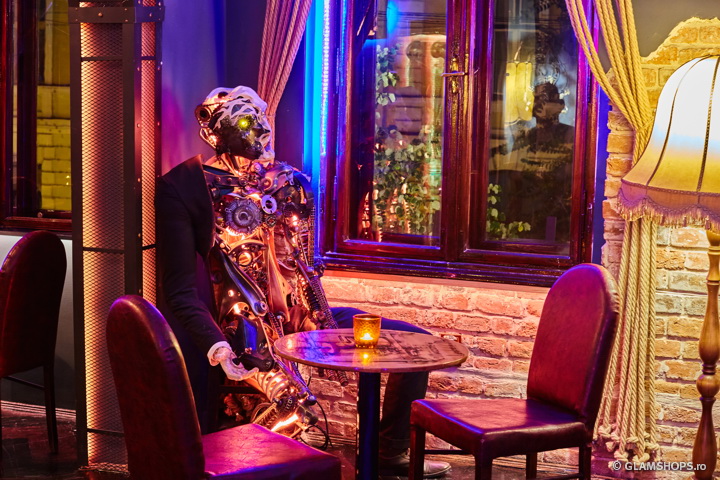 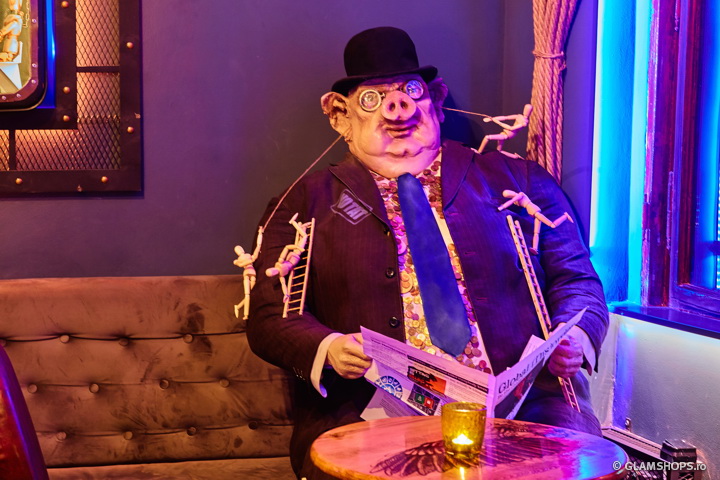