Location: New York
Source: buro247
Made by: -
Published in: October 07 2015 / Shop Window Displays
Gucci hones in on Alessandro Michele's Herbarium motif for the new window concept, set to adorn boutiques this month. The new looks have been unveiled, showing the Cruise 2016 collection in all of it's leafy splendour. 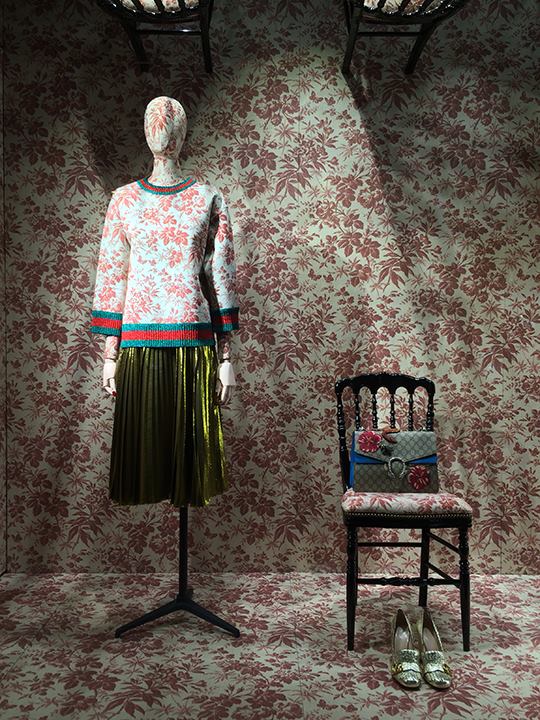 Hitting Gucci outlets worldwide, each window becomes a fully decked scene, with floors and ceilings enfolded in the patterned display, both men's and women's showcase an 'it' chair; for women, a hand-embroidered servant motif and for men a tiger motif.

Upholstery and wall coverings are barely distinguishable in this topsy-turvy world, where chairs hang from the walls and optical illusions trick the eye. You might not be able to tell which way is up that's just part of the dizzying effect of Gucci... 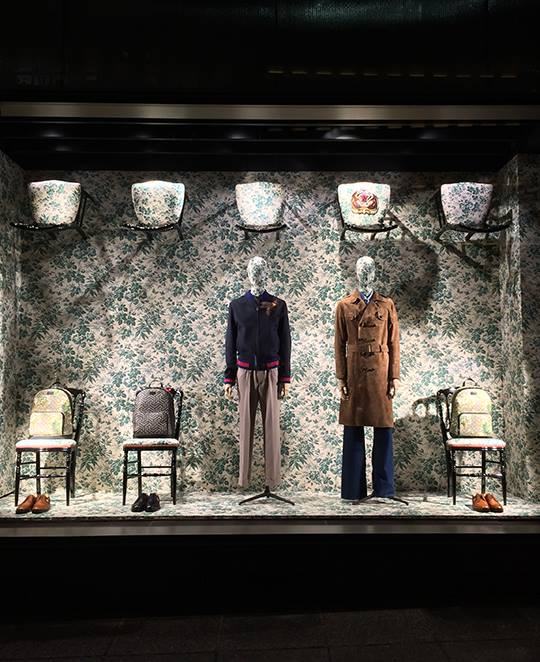 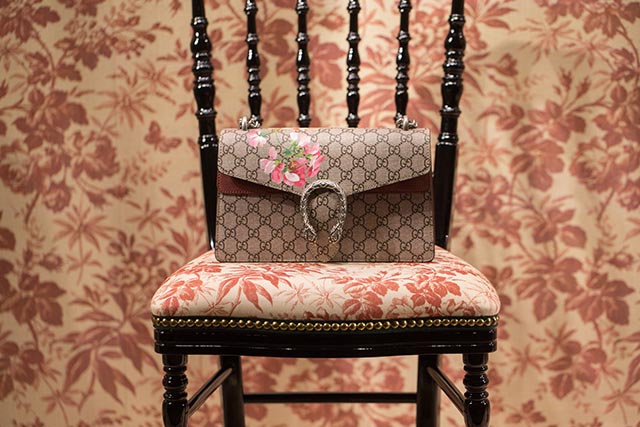 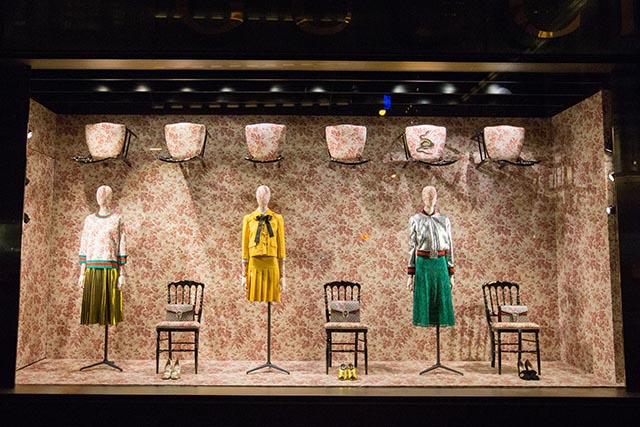 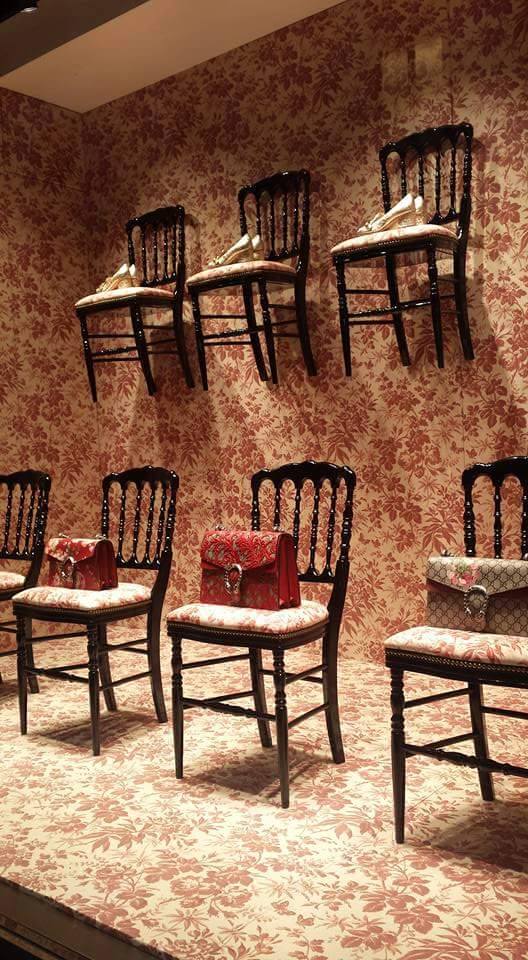