Location: Sydney
Source: superfuture
Made by: -
Published in: February 15 2013 / Fashion Stores
After initially opening up shop in 1999, dior has drastically stepped up its retail game down under with a rather grand flagship store in sydney. located in a landmark building in the city's luxury shopping area - previously occupied by louis vuitton which upgraded its retail presence two years ago with a prestigious vuitton maison a few blocks away - and features a faÃ§ade that reflects traditional architecture in the french capital.

This cultural reference extends inside where the design emulates the sophisticated aesthetics of dior's iconic mothership on avenue montaigne in paris. Signature 18th century detailing has been blended with modern elements, creating to luxurious retail environment that's reminiscent of an elegant parisian apartment. Upon entering through the main entrance a walkway of mirrored french windows reveals the ground floor devoted to the brandâ€™s full range of bags and accessories. the limestone flooring bears the cannage pattern emblematic of the fashion house, complementing grey silk carpets and louis XVI medallion chairs. 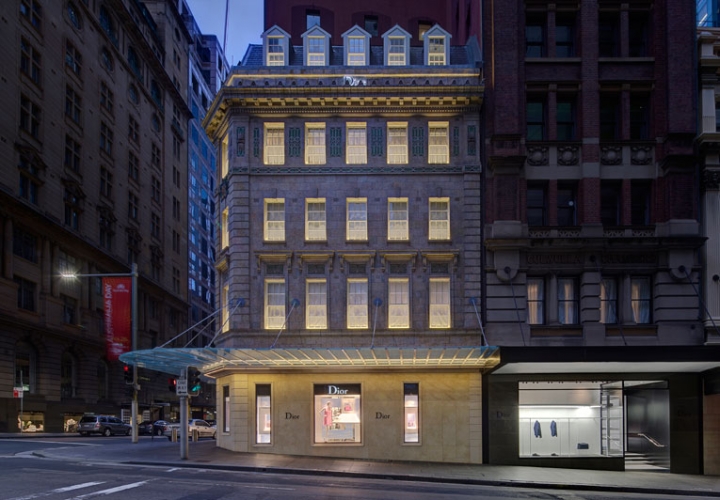 A staircase with a custom wrought-iron balustrade leads to the first floor where separate salons for women's ready-to-wear salon, shoes and fine jewellery + timepieces salon are situated, each with its own distinct design.
Offering the full package to shoppers, the dior flaghship also offers private salon - with a floor all its own and accessible only by elevator - for increased personal service and attention. obviously, the setting here is maximized luxury with oak timber parquet flooring and opulent seating. in an adjacent building on king street, and with an entrance of its own, the dior homme boutique is located. spread over two floors fitted out in sleek minimalist design, the store carries the complete menâ€™s collections, including suits, sportswear, denim, leather goods, accessories, footwear and watches. The store's opening party was attended by dior's ceo sidney toledano, who rubbed shoulders with a large number of the city's a-listers. location: 65 castlereagh street [town hall]. 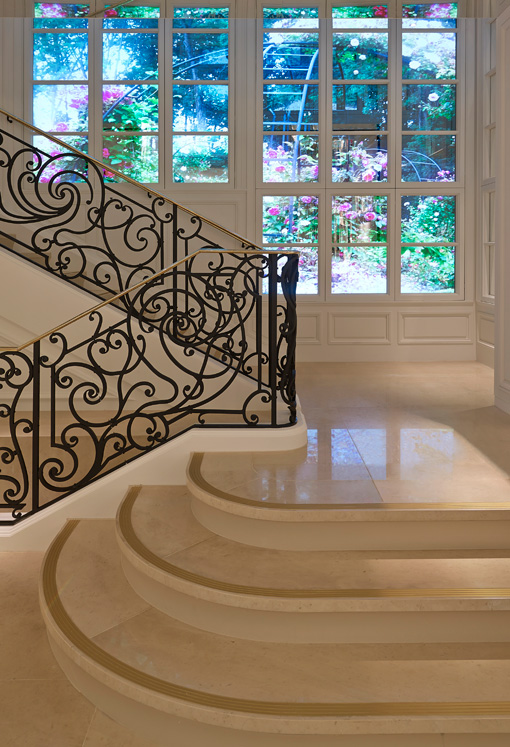 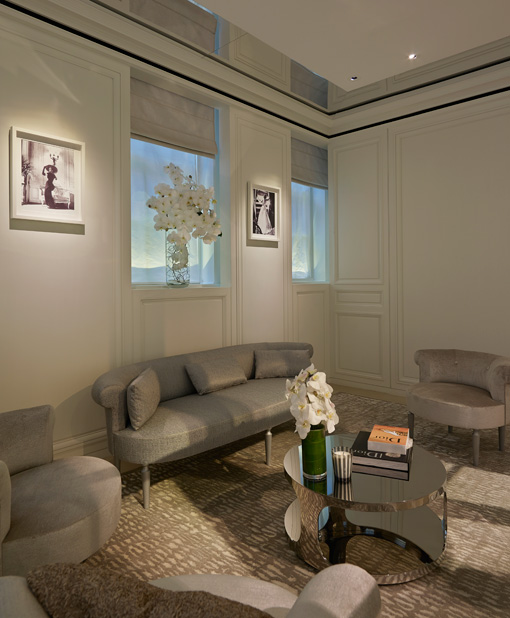