The interior as well as the logo references Art Deco, the golden era of barbershops and elaborated luxury. It vwas a time when barbershops were a cool hang out for men, rivaling saloons intheir socializing function and so should be BRICI hence weâ€™ve placed a bar in the middle of the space.

The choice of materials: black marble, dark walnut, black paint and stainless steel underline the manliness of the place. 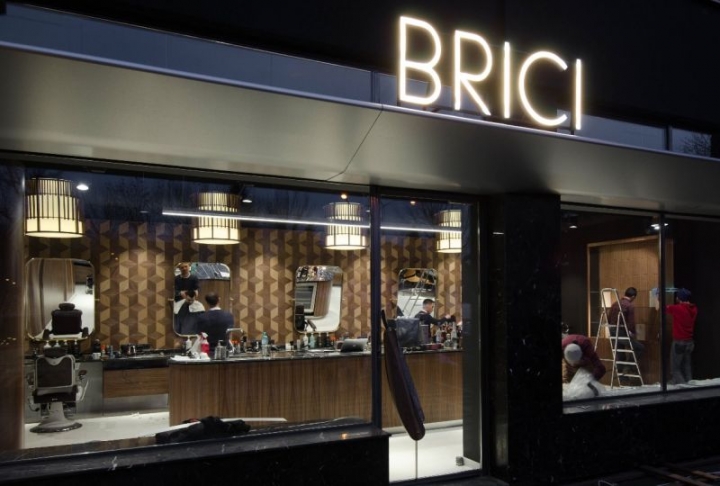 The traditional Japanese pattern veneerinlay on the walls as well as the pendants are referencing the origin of the best salon equipment like the Takara Belmont chairs or the Japanese steel razorsand scissors.

Japanese motifs belong with ArtDeco and, more than that, direct to a sense of accuracy and exactitude most wanted but frequently missing in barbershops. What else is â€œhair cuttingâ€ thana synonym for accuracy? 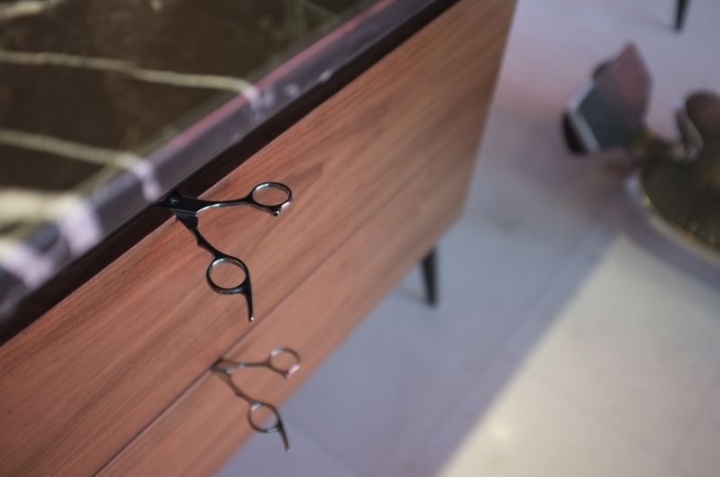 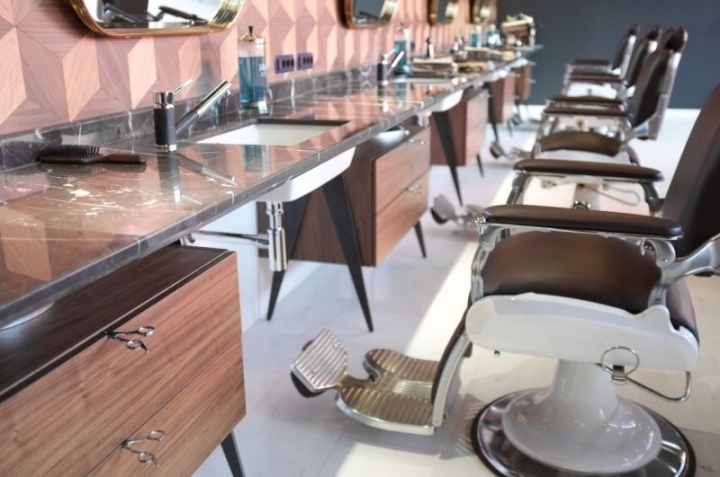 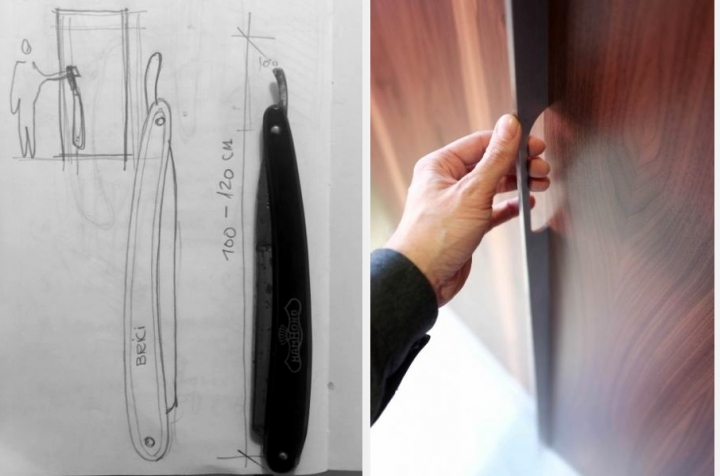 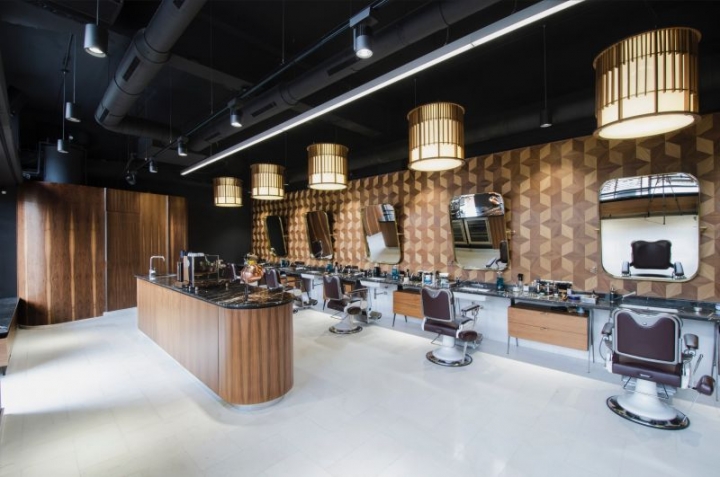 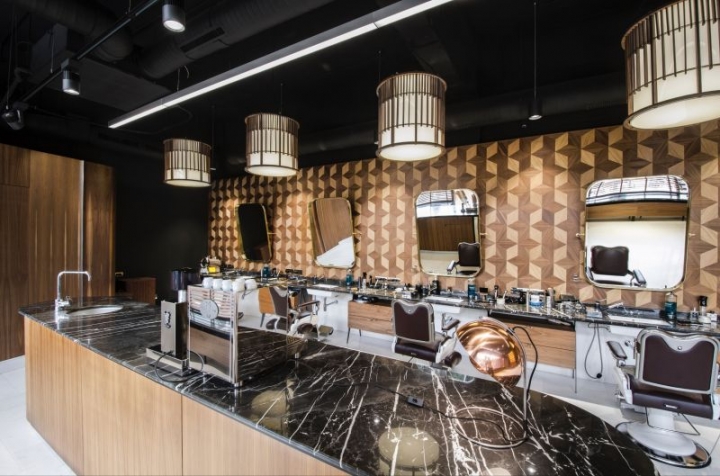 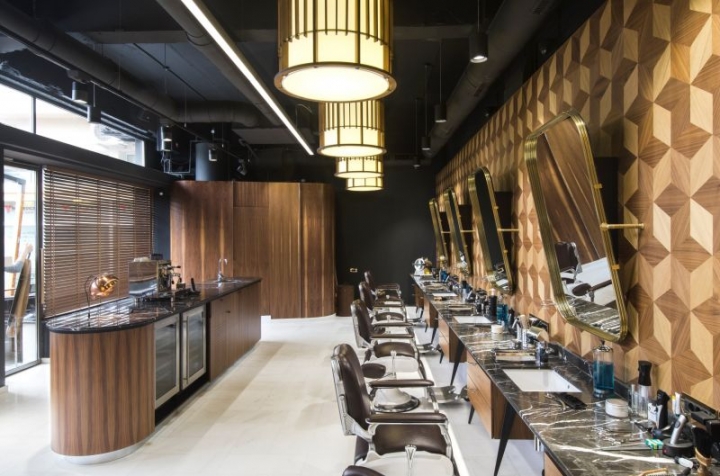 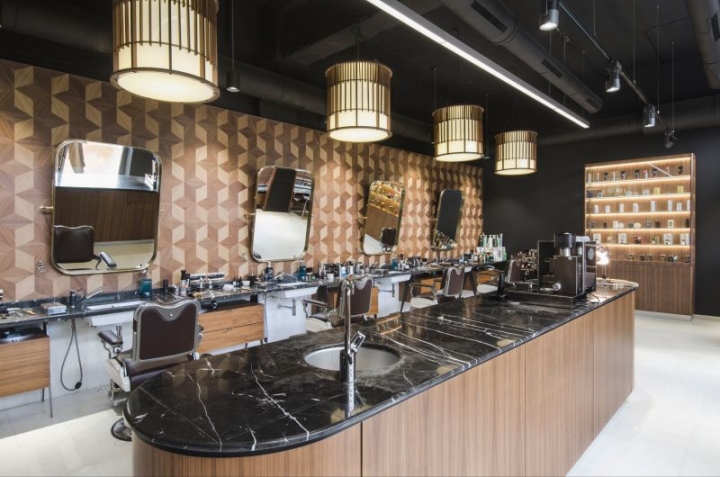