Location: Hamburg
Source: superfuture
Made by: Van Duysen Architects
Published in: January 12 2015 / Beauty / Body Shops
Aesop accelerates its expansion in Germany, adding a new signature store in downtown Hamburg. Occupying a ground floor unit of a late 19th-century structure, it measures a sizeable 112 sqm. [1,206 sq.ft.], and features an interior design - mind you, it's the first ever collab between the two parties - by Antwerp-based practice Vincent van Duysen architects.

The walls and ceiling have been revamped and now boast a pale and roughly textured plaster. Providing a dramatic contrast is a freestanding sink of solid bluestone and fitted out with blackened steel fossets. 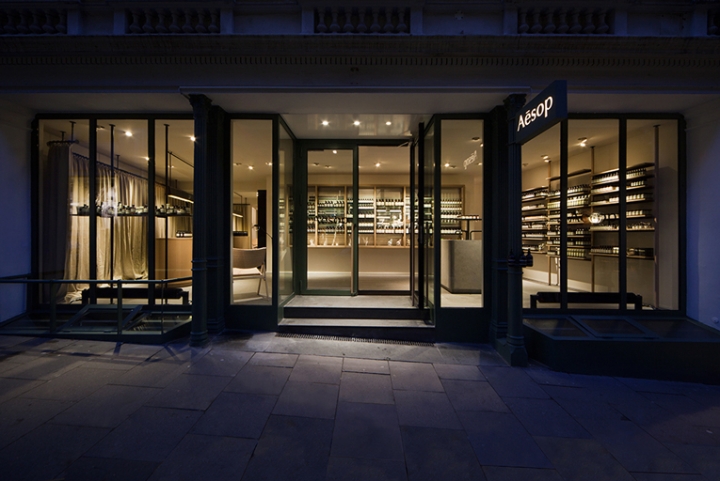 The very same stone has been used as flooring. display shelves along the wall are crafted from untreated oak, while the ones in the window come in blackened steel and reference the store's cast-iron façade. Along with the opening of this aesop store is the debut of the cosmetics brand's very first european facial treatment room, discreetly concealed by floor-lenght linen curtains beind the sales counter. 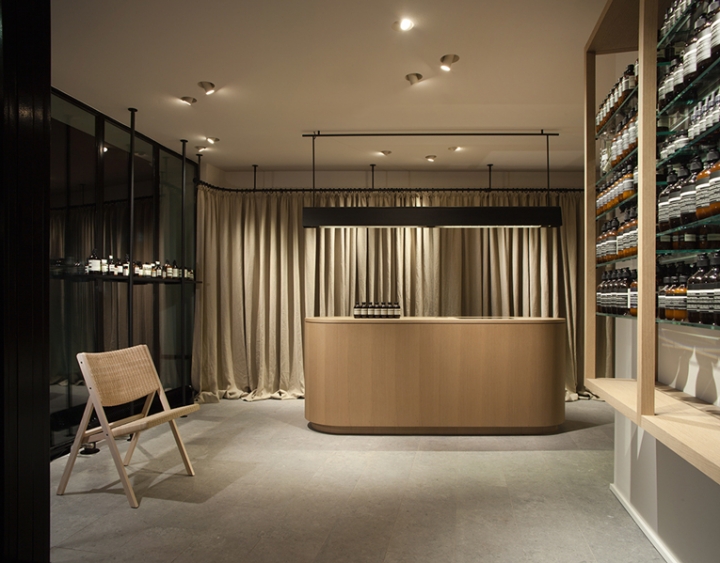 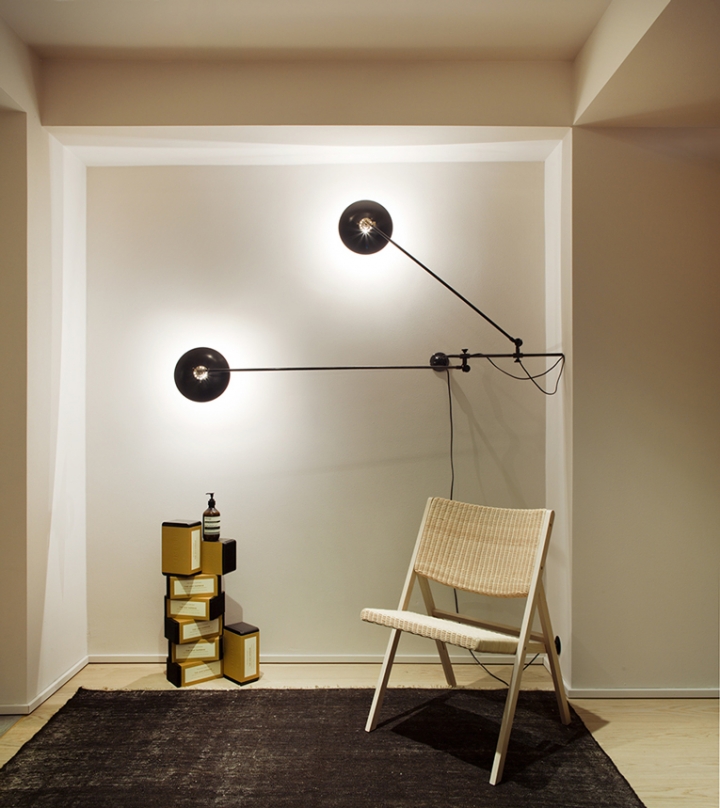